“Mexican food is so full of color, life and music. Its like a piñata exploding in your mouth.” – Kate McLennan

This might be the quickest, easiest, cheapest, and most delicious way to make your Taco Tuesday vegetarian friendly.

This recipe can easily become vegan by subtracting the honey, and can easily be made gluten free by buying GF taco shells/tortillas, and by getting a GF rice blend. This recipe is also tailored to having a very easy and stress free post-dinner kitchen cleanup. 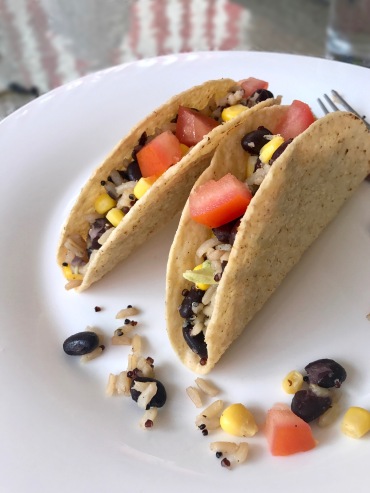 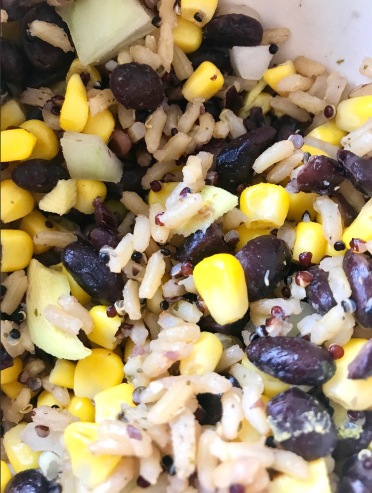 Have leftovers? Make a salad! I had a pre-packaged bag of caesar salad in my fridge so I opened it up, grabbed a handful of lettuce and poured my leftovers on top! I finished it with some raspberry walnut vinaigrette and a little bit of pepper! 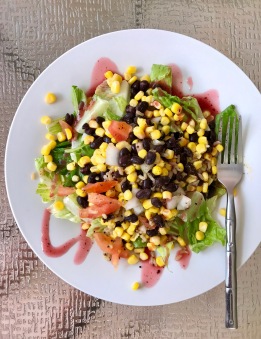 One thought on “Vegetarian Taco recipe”